Tether (USDT) on the cryptocurrency exchange: how are the rates developing? How to start investing, where to buy the digital currency? Forum reviews.

Cryptocurrency users are particularly eager to invest their savings in the so-called stablecoins, which we have mentioned many times on our website. One of the most famous assets of this type is Tether (USDT for short). How did this cryptocurrency gain the interest of thousands of investors, and is it worth investing in it? We discuss all of this below.

Stablecoin is a cryptocurrency that does not fluctuate as much as other digital currencies – it stays more or less on the same level for a longer period of time (hence the first part of the term: stable). Stablecoins owe their market stability to the connection with another asset, e.g. Tether is based on the US dollar. The ratio between a stablecoin and its reference currency must be 1:1.

The presence of stablecoins on the market increases the level of security of investments in cryptocurrencies. Moreover, it allows you to avoid certain costs, such as the tax in the case of lucky transactions on the exchange. Any digital currency can be converted into stablecoin and thus use the loophole for maximizing your profit.

Tether is by far the most famous and most used cryptocurrency of its kind. Let’s find out what has ensured its popularity and if it is really worth investing in it.

The Tether (USDT) cryptocurrency is linked to the U.S. dollar (USD) exchange rate, so regardless of circumstances and trends, it “aims” for the exact value of $1. The currency was created by using the Bitcoin network’s blockchain, using the Omni Layer platform (to which another well-known network, MaidSafeCoin, also owes its existence). Several USDT tokens come in the form of ERC20 contracts based on the Ethereum blockchain. USDT is a centralized token issued in multi-million dollar tranches by Tether Ltd. These tranches primarily end up on cryptocurrency exchanges. The issuer ensures that US dollars fully back the supply of the token.

Tether entered the market in mid-2014 under an entirely different banner – as “realcoin”. The controversial entrepreneur – Brock Pierce, who also participated in the EOS network’s preparatory work together with the company Block.one, was responsible for its creation. A few months later, the cryptocurrency was rebranded and had been circulating as Tether ever since.

Its developers aimed to create a currency that would allow arbitrage between cryptocurrency exchanges (i.e. making money on price differences of the same instrument on different exchanges). Importantly, this arbitrage would not require lengthy dollar transfers.

Tether also makes it easier to trade other cryptocurrencies. For example, instead of converting Bitcoin to dollars, it can be converted to USDT. This allows investors to bypass certain unfavorable regulations governing the trading of fiat currencies to their advantage. Moreover, this capability does not require the site administrator to maintain bank accounts, and it also overrides the need for complete user verification.

Other cryptocurrencies, such as Bitcoin, have a strictly limited supply. Tether has no such limit – the number of tokens is dependent on the number of financial reserves held in US dollars.

Where and how to start investing in Tether Crypto Currency?

Like many other stablecoins, Tether, due to its strong link to the dollar’s value, is subject to devaluation. Therefore, you should not consider this currency as an investment, especially long-term. Using a USDT token works well when you want to store your accumulated funds without much risk that their value will drastically drop overnight. Being pegged to the dollar, you can count on the relative stability of the exchange rate. 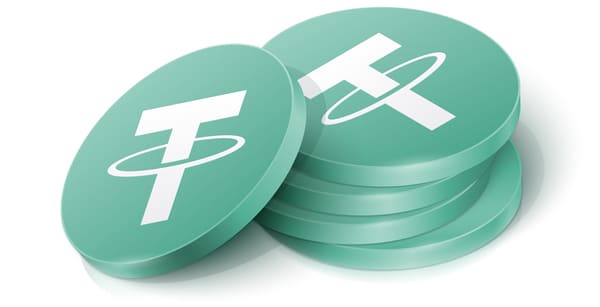 Reviews for Tether Crypto Currency. What do they write in the forum and in the press?

If we look for opinions on this product, we will find a lot of comments and entries on discussion forums and blogs.

A good source of knowledge about Tether are reviews posted on portals with an established reputation.

Specialists review this product in a very positive way, as evidenced by the large number of publications in the medical press.
Tether is at the top in sales rankings – do you need better proof of the high quality of this product?

Tether is one of the most controversial cryptocurrencies on the market. The company responsible for its creation declares that it is backed by dollars, but for a long time no external audit has confirmed this. The capitalization had already managed to reach the value of USD 4.5 billion before Tether Ltd., succumbing to public pressure, made the report of an external company available online. It turned out that the company has more money in US dollars than in USDT tokens. However, the results of the report did not put an end to rumors and suspicions. A subsidiary of Tether Ltd may have funded the report. Moreover, the nature of the previously mentioned audit is also questionable.

However, the biggest controversy was caused by a lawsuit between Tether Ltd. and a leading law firm from New York (Roche Freedman LPP), which accused the company of manipulating cryptocurrency prices on a massive scale by listing the USDT token on the BitFinex cryptocurrency exchange. The losses incurred due to this are estimated to be around $1.4 trillion. According to lawyers, the Tether cryptocurrency was not backed by dollars at the time, and the prices of almost all cryptocurrencies rose following large issues of it.

Thus, Tether does not enjoy positive press, although there is no shortage of posts on online forums with a completely different tone. In the eyes of average users, the USDT token is a trustworthy stablecoin and does not disappoint in any way.

Where and how to buy Tether? What Stock Exchange will be the best?

To exchange dollars for USDT, register on the official Tether company website: tether.to. The exchange can also be done on a cryptocurrency exchange (we particularly recommend binance.com). Of course, dollars are not the only currency that provides the opportunity to acquire tokens. You can just as well use, for example, the euro or the national currency of your home country, as well as another cryptocurrency, such as Litecoin. Buying Tether is not difficult at all.

Where to check the Tether (USDT) rate? Reliable sources

You can easily check the rate of the Tether cryptocurrency on any major cryptocurrency exchange, including binance.com. You can also use the rankings available on the web, which compare prices of various cryptocurrencies among different exchange offices.