Tezos XTZ on the exchange, the rates are increasing! Where to buy this currency, how to start investing, and which forums have the most reliable reviews? 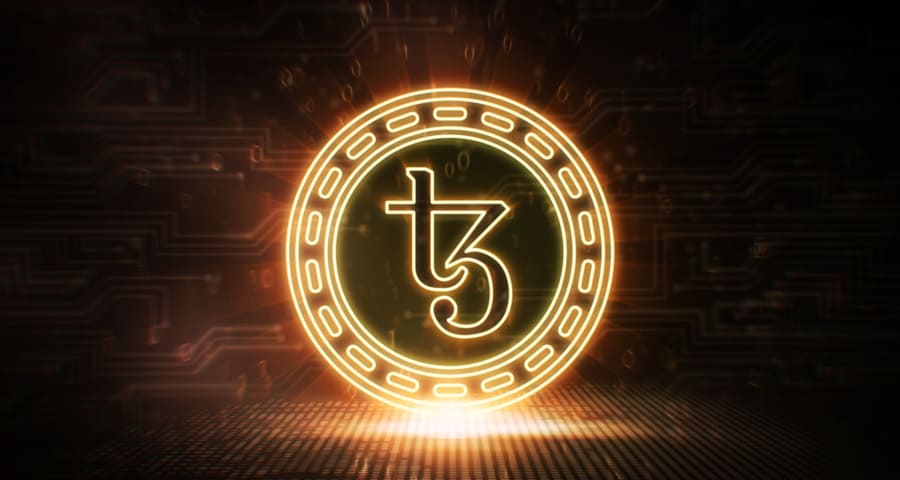 The motivation behind creating this project was the quick development of cryptocurrencies and the blockchain technology. It’s the first automatically changing register that is capable of autonomously correcting its source code and fixing errors. We’re talking about the Tezos network, which is often compared to Ethereum and Bitcoin. What is it and is it worth investing in?

Tezos has its own currency, XTZ. It is pretty similar to the Etheneum network. Thanks to using the proof-of-stake system, it is possible to create your own apps or sign intelligent smart contracts. Tezos is a self-regulating cryptographic register that can create blockchain-based ledgers. On top of that, it supports its own improvement, which means it corrects and improves its own source code. Everyone who has this cryptocurrency can have an impact on its development and direction, as well as being included in its management. To make it possible, however, one has to participate in voting over changes to its protocol and the voting process.

When it comes to the Tezos project, we can be sure that this project is updated on an ongoing basis with new things thanks to gradual blockchain updating. In this case, instead of sudden major changes, gradual evolving and autonomous cryptocurrency improvement were chosen. The updating protocols are executed in a decentralized manner, whereas each of individual updates goes through many testing phases until receiving information from the community, as each of its improvements has to be supported with approval of majority of users, which prevents rifts in the network.

Tezos was created based on a proprietary source code, but the creators also went with solutions known from the Ethereum network. The innovative solutions used by them, on the other hand, were meant to lower the risk of forking the main chain in the future (a so-called hard fork), as well as maintain conformity with its users through the ability to evolve and to introduce necessary, beneficial changes.

Its source code was created based on the Ocaml language, whereas smart contracts and apps are handled by the separately developed Michelson language. The former ensures full functionality, orderliness and promptness of the code. The block time in the network is about 60 seconds. Similarly to other cryptocurrencies, using XTZ requires just knowing the user’s public key in order to send tokens.

When it comes to creating transaction blocks in Tezos and adding them to the chain, it is called baking, whereas the users who own those tokens are referred to as bakers. That’s because each of them can delegate the right to bake blocks to other recipients without losing their ownership. When a user manages to approve it, on the other hand, they share the reward with those who granted them permission.

As a project, Tezos was created in 2014 by the Breitman couple. It didn’t go without its controversies and problems, though, such as repeated failure to fulfill the promises made to the Tezos investors, for example. On top of that, these tokens were meant to be accepted at cryptocurrency exchanges, but for a long time it wasn’t possible. The continuous internal conflicts and problems with project organization contributed to constant delays in the date of making the network available, which finally resulted in pressing charges against Tezos in the District Court of California in 2017.

Where and how to start investing in Tezos Crypto Currency?

The official wallet for buying the XTZ cryptocurrency is TezBox, which is available for web browsers, desktops and Android mobile apps. When it comes to the iOS system, it is an unofficial wallet called Wetez. Another alternative is choosing a wallet called Galleon Tezos Wallet available for Windows, MacOs and Linux systems. It is worth noting that after switching to its own network, Tezos was no longer a token and became an autonomous cryptocurrency, which is why it is not compatible with hardware or ETH wallets, such as MyEtherWallet, MetaMask, Jaxx, Ledger Nano S etc.

Reviews for Tezos Crypto Currency. What do they write in the forum and in the press?

Plenty of users place Tezos within the first category of digital currencies, believing it to have actual chances to shine among other blockchains. Despite the problems that appeared the moment the projects was being created, it didn’t lose popularity or trust, as evidenced by the pretty much negligible drop in its value. Plenty of users compare Tezos to Ethereum or Bitcoin. On top of that, it is often listed among the best investment cryptocurrencies in 2021.

Where and how to buy Tezos? What Stock Exchange will be the best?

Tezos XTZ can be purchased, just as other cryptocurrencies, on exchanges and from exchange agents. The recommended cryptocurrency exchanges for XTZ are:

This project is listed on 5 exchanges, with only two of them having a noticeable turnover for it, which also constitutes a certain investment risk factor. Lower amount of trading assets leads to lower liquidity and volume. The highest of them for XTZ was observed on the Gate.io and Bitfines exchanges, where one can also buy the XTZ cryptocurrency in the USD currency.

Where to look up the Tezos XTZ exchange rate? Reliable sources

Reliable websites where we can look up the exchange rate for Tezos (XTZ) are Coinpaprika, CoinMarketcap, CoinGecko and WorldCoinIndex.