Monero (XMR): forum reviews and current rates. Where and how to buy the currency, how to start profiting from it, and how does an exchange work? 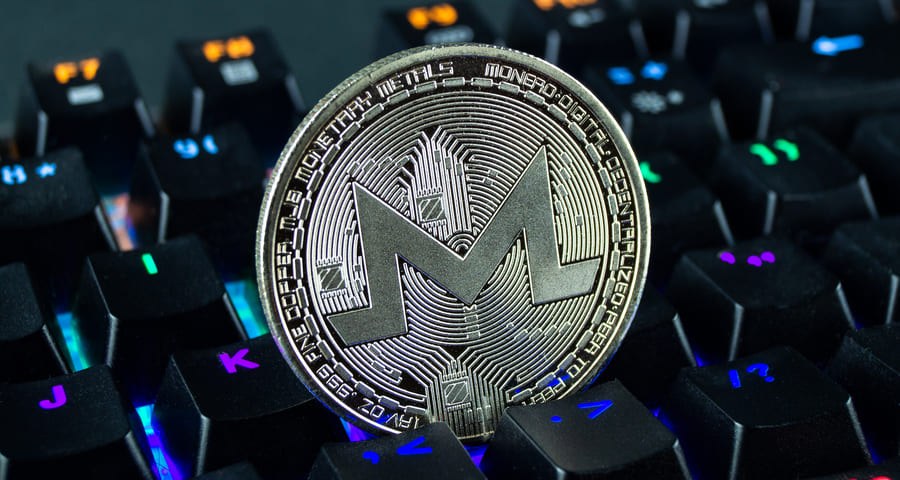 It is not yet known whether cryptocurrencies are really the money of the future, but it is certainly worth taking an interest in this topic. Their growing popularity makes an increasing number of people turn their attention towards cryptocurrencies, and there are quite a few of them on the market today.

One of the most sought after is Monero. What exactly is this cryptocurrency? What kind of reviews does it have? Where can you buy it? Answers to these, as well as other questions, can be found in the following article.

Monero (XMR) is a cryptocurrency that is considered by a large number of people to be the most anonymous digital currency. Its name comes from the Esperanto language and simply means ‘coin’. Monero was created on April 18, 2014 as a fork of the Bytecoin cryptocurrency, although it was initially known as Bitmonero. Its creator is still unknown, but Monero is currently being developed by a very large community, consisting of a total of 200 developers. Among them are people such as Riccardo “fluffypony” Spagni, Francisco “ArticMine” Cabanas, smooth, luigi1111, othe, tacotime, and NoodleDoodle.

Monero is an open-source cryptocurrency which means that the software is built and improved in collaboration with its users, and it is distinguished by the fact that it intentionally provides a very high degree of privacy, so that the identity of senders and recipients is unknown, and the transaction amounts are hidden. This feature makes the cryptocurrency particularly popular with hackers and dark web users. Monero works on the basis of the blockchain technology.

It is worth mentioning that Monero has no maximum number of coins and its average block time is about 2 minutes, which is additionally variable and dependent on network traffic. Similar to Bitcoin, Monero can be mined as it was also based on the Proof of Work algorithm. Thanks to the CryptoNight algorithm, it can be mined using any processor equipped with x86 technology. Nevertheless, mining is most efficient when using a GPU miner.

Where and how to start investing in Monero Crypto Currency?

An investment in Monero, as with any other cryptocurrencies, should be well thought out and supported by acquiring enough knowledge related to it. Understanding what you are actually investing your money in is a key issue with virtually any investment, especially since the cryptocurrency market is very dynamic and volatile.

In this case, it can be helpful to read a whitepaper, which is a special document that contains detailed information about a particular cryptocurrency. It is also important to establish a plan, which should include the budget that will be allocated to the investment and the profit that this investment will bring.

Thanks to this it will be possible to avoid a slip-up, which could happen if the action was taken under the influence of emotions. It is also worth having an appropriate wallet to store the chosen cryptocurrency, as keeping funds on the exchange itself may prove to be a risky move.

Reviews for Monero Crypto Currency. What do they write in the forum and in the press?

Monero is a cryptocurrency that holds a positive opinion among users expressing their feedback on online forums. The attention to detail of this cryptocurrency is appreciated, in addition to its development. One of the main advantages is also the anonymity of Monero, although some people point out its excess, which causes some cryptocurrency exchanges to abandon its trading.

There are words of praise for Monero from the press as well. Attention is being paid to the fact that it is one of the most desirable cryptocurrencies, and that it uses a very complex blockchain.

Where and how to buy Monero? What Stock Exchange will be the best?

Step 1: The first step is to visit the Binance website and then click on the “Register” button, which can be found at the top right corner of the page.

Step 2: The next step is to enter your e-mail address and password when you are redirected to the second page. It is also important to check the option, which confirms we have read the terms and conditions of the site.

Step 3: You should receive an e-mail to the e-mail address you provided earlier. You must confirm it by clicking on the activation link provided in the e-mail.

Step 4: You can log in to your account using the email address and password which you provided earlier in the registration process. Once the account has been topped-up it is possible to purchase the Monero cryptocurrency. This can be done in several ways:

Where and how to check the Monero (XMR) exchange rate?