Cardano (ADA) on the cryptocurrency exchange: how are the rates developing? How to start investing, where to buy the digital currency? Forum reviews. 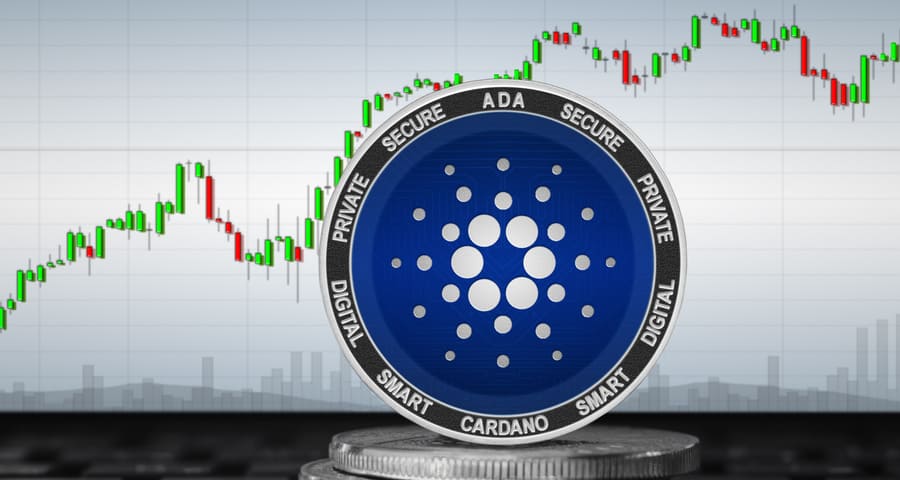 Among the thousands of cryptocurrency projects in the world, only some offer the actual usability and technology that allows for practical use on a large scale. One such cryptocurrency is ADA, the native currency of the Cardano network. This Japanese project has been pointed out from the very beginning as a potential conqueror of Etherum, and the support of dozens of top programmers from around the world renders the future of this project optimistic. What should you know about Cardano?

At the very heart of the Cardano project was the solution to the scalability problems faced by Etherum, which automatically gave it the nickname “Etherum killer”. Naturally, competing with this leading cryptocurrency is not the only goal of Cardano developers, this open-source project has many aspects which places it among the most important solutions for cryptography. What are its strengths?

The Cardano project was based on Proof of Stake from the very beginning, eliminating the disadvantages of Etherum, which is based on Proof of Work similar to Bitcoin – these include energy consumption, centralization of main network nodes and capital consumption for those interested in “mining” cryptocurrencies. This is perfectly illustrated by the situation regarding Bitcoin, which has an energy consumption comparable to that of a medium-sized country, and for the extraction of which no ordinary computers are sufficient.

The Proof of Stake used by Cardano based on the Ouroboros algorithm combines the best features of this technology with the security that the Proof of Work method has so far been associated with. Ouroboros itself is considered to be an unbreakable algorithm, and the network structure passes the full management of the network into the hands of the owners of the cryptocurrency – they vote for the Leaders Slot, who receive the right to create a new trading block every 20 seconds. Transaction costs (which are several times lower compared to the Etherum network) depend on the size and go to the Leader Slots (similar to miners in BTC) and are determined by the network load, which protects against DdoS attacks.

The whole project has been developed from scratch, which also distinguishes it from the many cryptocurrency projects in the world – in this case, a group of skilled programmers created the whole chain from scratch in the rather rare Haskell programming language. This allowed better use of the potential of its structure, but also limited access for other programmers, which is due to its low popularity and focus on functional programming.

More than 31 billion of the 45 billion of all ADA tokens that will ever be used are currently in circulation. The blockchain itself is designed to provide full AML/KYC compatibility, and it has already been prepared at a computing level. It will also include smart contracts, which are to be one of the most important features of the project. For their operation and decentralized applications, Plutus language will be used, although it is possible to use Solidity which is typical to Etherum.

Where and how to start investing in Cardano Crypto Currency?

Without a doubt, Cardano (ADA) is one of the most important and prospective projects in the cryptocurrency world. Hence, adding it to your wallet may be a great way to diversify it and make a long-term investment. Especially since the project is still in the early stages of development (the network was launched on 29 September 2017) and although the market capitalization is already quite high (5th place among the cryptocurrencies, not counting Tether) and it is reaching 10 billion USD, ADA tokens alone are still relatively cheap, and the network is not yet using its full potential, e.g. through smart contracts, most of which still use ERC20.

It is very easy to start investing in ADA – just equip yourself with one of the digital wallets supporting this network and buy tokens on the exchange. There is a wide range of wallets available – both Ledger hardware wallets, desktop wallets (e.g. the official Daedalus) or so-called hot wallets (e.g. TrustWallet, Guarda or the Coinbase wallet) support native Cardano network tokens, i.e. ADA. So all you have to do is buy a certain amount of ADA and transfer it to the chosen wallet, which is usually accompanied by very low fees (usually around 0.2 ADA).

Reviews for Cardano Crypto Currency. What do they write in the forum and in the press?

The feedback from both users and professionals is mostly positive when it comes to Cardano. Among its advantages are high scalability, high transfer rate and a constantly growing number of TPS (transactions per second), which translates into fast and cheap network operation.

Many people also appreciate the professionalism of the creators and the open-source foundation, which gives the whole project transparency. Among the drawbacks you can learn about high centralization (a very large part of ADA rests on some of the largest wallets) and the use of less popular programming languages, which makes it difficult to adapt new programmers to the project.

Where and how to buy Cardano? What Stock Exchange will be the best?

When deciding to purchase Cardano, you are unlikely to expect major availability problems. The currency is supported by almost all major exchanges in the world. Platforms such as Binance, Upbit, Huobi Bithumb, Bitrue, Kraken, KuCoin, Bitvavo Bitfinex and Bittrex all support this currency.

On some of them – such as Kraken, Binance or Bitvavo – you can buy Cardano directly with the Fiat currency, without having to convert to popular stablecoins like USDT or USDC. The liquidity in the market is enormous, so there is no major exchange rate risk.

Where to check the Cardano rate?

You can check the ADA rates directly on the exchanges or use popular websites for checking currency rates – such as coinmarketcap or coinpaprika. In both cases, you can count on quick pricing updates and accurate valuations.