Bitcoin Gold BTG rates: is an exchange a reliable place for information? Where, how to buy the cryptocurrency? How to start investing? Forum reviews 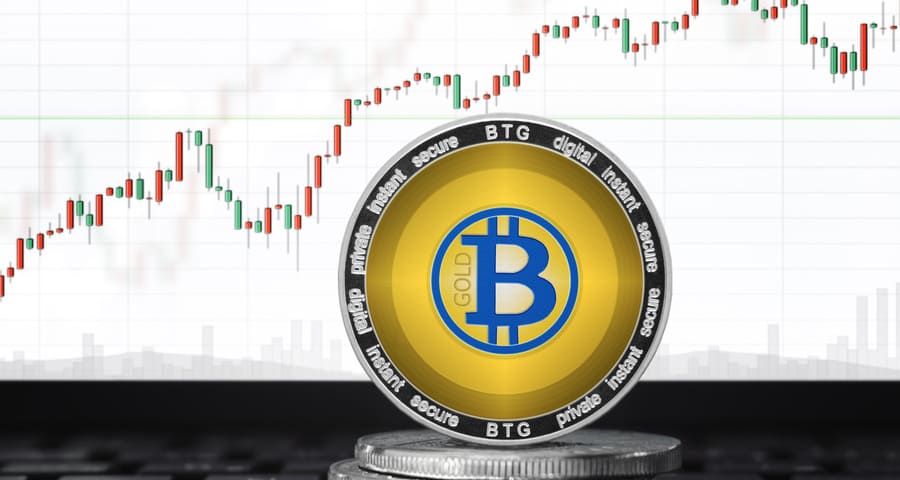 The creation of this project was a cause of huge excitement and misunderstandings right from the start. This cryptocurrency was meant to be a new, decentralized Bitcoin network. Plenty of users, however, accuse its creators of trying to get rich and take advantage of the popularity of its predecessor. We’re talking about the Bitcoin Gold cryptocurrency, which in itself wasn’t the first rift in the network, although it did gain unfavorable publicity and opinions. What do we know about it and is it worth investing in? Where can it be bought and where to look up its exchange rate?

Bitcoin Gold BTG is an open source type cryptocurrency that was created on a distributed blockchain register. It is based on the source code of Bitcoin, being its second hard-fork. The idea behind creating it was an attempt to decentralize bitcoin again, which was understood as handing over the network to users instead of powerful mines. Bitcoin Gold can be mined using GPU graphic cards without having to own dedicated ASIC circuits, as is the case with Bitcoin and Bitcoin Cash.

This cryptocurrency, just as its predecessors, has a limited supply. Bitcoin Gold is a fully free-of-charge system, developed by independent programmers, enthusiasts and developers. BTG is classified as a so-called hard fork of the Bitcoin chain. Both cryptocurrencies are very alike, as they have the same transaction time or coin limit.

One of the additional problematic issues during development of BTG were the accusations of trying to take advantage of the popularity of Bitcoin by using its name and wanting to gain huge financial benefits on account of that. Additional controversies were caused by the issue of the Bitcoin Gold management granting themselves large amounts of the cryptocurrency. Despite the initial negative opinions, though, the situation is currently under control, and the cryptocurrency has earned recognition among users.

One of the main problems in this cryptocurrency is low total computational power. Which is why it is particularly vulnerable to hacker attacks, during which such people can control the network. A situation of this type has already occurred in 2018, when plenty of exchanges incurred huge financial losses amounting to many millions of dollars.

The people behind the Bitcoin Gold project wanted to make changes to the algorithm in order to give regular individual investors equal chances of mining new coins, which would allow to prevent mining centralization by huge mines. Bitcoin Gold, just like its predecessor, was based on the proof-of-work algorithm, which means that approving transaction and creating new ones is handled by the miners. BTG, despite many similarities, differs from the classic bitcoin with things like the cryptographic algorithm. The average block time for BTG is 10 minutes, whereas the reward for miners for a block is 6.5 BTG.

Bitcoin Gold leads to decentralization, giving chances to mine even to regular users, as the algorithm it utilizes cannot be launched on specialized hardware, like the type necessary in case of Bitcoin. This cryptocurrency appeared on the market in 2017, currently it is among the first 30 cryptocurrencies as measured by market capitalization.

Where and how to start investing in Bitcoin Gold Crypto Currency?

Bitcoin Gold and its official wallet are Bitcoin Gold Core Wallet. Other wallets that accept this cryptocurrency include Exodus as well as hardware wallets such as Ledger and Trezor, plus mobile wallets called Coinomi or Freewallet Bitcoin Gold.

When investing in this cryptocurrency, the user has two options available. The first is to purchase cryptocurrencies on an exchange such as HitBTC. It’s a long-term investment approach, as one has to wait for the prices to rise in order to resell it at a profit. On the other hand, it can be traded on exchange rate differences for a particular cryptocurrency, speculating the difference in the BTG price. It is a type of contract between the broker and the user where one of them agrees to pay the difference in the value of securities between a transaction’s opening and closing.

Reviews for Bitcoin Gold Crypto Currency. What do they write in the forum and in the press?

As a cryptocurrency, Bitcoin Gold didn’t enjoy positive opinions among users at first, especially among the ones closely related to Bitcoin, who vocally opposed creation of a new hard fork. Their main criticism of this cryptocurrency included the manipulations related to its low computational power, attempts to build favorable opinions and popularity based on Bitcoin by strictly referencing its name and general centralization of the cryptocurrency. Despite the problems and controversies arising at the beginning, however, this cryptocurrency currently enjoys huge popularity. It can be traded on as many as 43 cryptocurrency exchanges.

Where and how to buy Bitcoin Gold? What Stock Exchange will be the best?

The Bitcoin Gold cryptocurrency takes the 72th place among all of them included in the ranking. BTG is listed on 47 exchanges, including Bit-z, Sistemkoin, Bitnance, Huobi and Bitfinex.

Where to check the exchange rate of Bitcoin Gold? Reliable sources

Reliable websites where we can look up the exchange rate of the Bitcoin Gold cryptocurrency are Coinpaprika and CoinMarketCap.

These are currently some of the best websites to look up the exchange rate of this currency and check the exchange rate movement. The prices provided on the above websites are converted to the international currency, which is the American dollar, USD. Plenty of investors point out that this is the best way to calculate the prices of cryptocurrencies.